In 2014, we began our partnership with Girls Rock! Chicago, so that one Lakota teen could participate in their empowering camp annually. For a week each during Summers 2014 and 2015, two girls were able to develop musically, find and strengthen their voices (both literally and figuratively), and experience the city (Chicago) through their host families’ lenses. When Girls Rock! Pine Ridge subsequently came to fruition in Summer 2016, we retired our efforts with GR!C for their having generously been offering to an LCEP guest one of their coveted spots that would have otherwise been used for a girl local to the Chicago camp. (Just a quick note: GR!C is one of the worthiest NFPs with the hardest-working staff and volunteers. If you’re looking to support an organization external to the LCEP, even by volunteering yourself as a counselor or at one of their fundraisers, you will not find a more appreciative or deserving group.)

With Lakota proximity to a Girls Rock! camp ensured, we instead turned our focus toward lasting measures that would allow yet-broader access to music enrichment. Utilizing a generous donation from an anonymous philanthropist and working directly with the recipient schools to realize their wish lists, 2017 saw the donation of a full suite of instruments (to the end of establishing permanent music programs) for K-12 students at Little Wound School and K-8 at Red Shirt School in South Dakota. 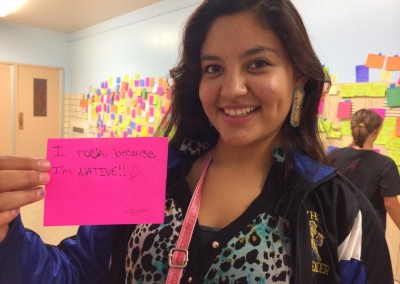 Tyrees with an empowering shoutout at GR!C, Summer 2014 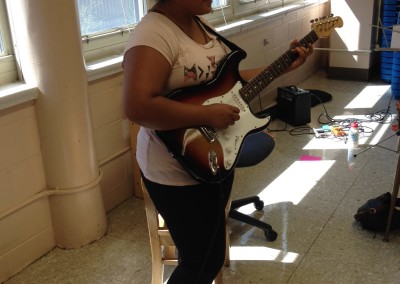 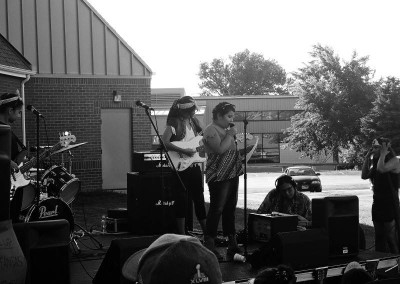 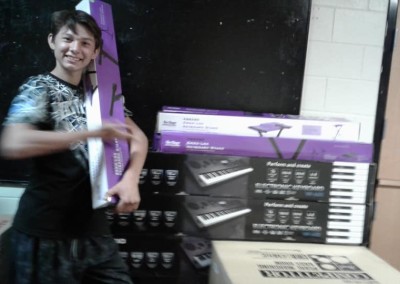